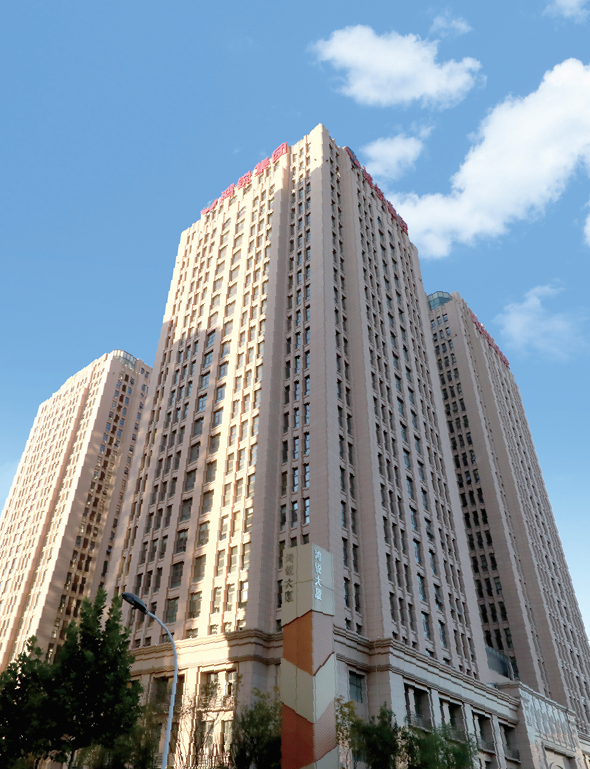 The Group's PVC glove inspection standard has been adopted by the Commodity Inspection and Quarantine Bureau of the People's Republic of China as the export inspection standard. . The above has filled two gaps in the development of industry standards for PVC gloves for the relevant departments in China.

Shijiazhuang Hongray Group has always been adhering to the quality policy of “strategical planning, perfect quality, continuous improvement, customer satisfaction”, and is committed to the continuous development of new products to ensure sustainable supply of customer satisfaction products. Based on our rich and professional production as well as management experience, Hongray Group cooperates strategically with many excellent worldwide companies and is constantly aiming to improve its products and broaden its product range to meet customer’s maximum needs. The Group’s products are sold well in more than 50 countries and regions such as North America, Europe, Australia, Japan and other countries.

Hongray Group is committed to health protection products and vertical industry development while becoming a respected leading comprehensive group in a number of fields. Being guardians of health and guardians of the world, we also devote ourselves to becoming a trusted partner with our customers and heading toward a “Hundred-Years Hongray”!

One of the leading professional manufacturers of disposable protective gloves, with extensive industry experience, hundreds of first-class production lines and a variety of of products to meet your needs.

We provide you with high-quality products and excellent service with our strict quality assurance system, extensive industry experience and well-trained staff. Your needs are our pursuit.

We have introduced advanced technology and management experience from abroad, having many years of professional production technology and high-end research and development level.

Shijiazhuang Hongray Group was founded in 1974, entered the glove manufacturing industry in 1992, and was restructured and established as Hongray Group in 2000. The development of the enterprise has mainly gone through five stages: startups, development, , take-off, upgrade and growth.

Unite and uplift, out of the doldrums and revitalization
Unify the goal and move forward, struggle and striving

Quality first, Reputation most, global concentration, dare to be the first
Devotion+struggling Spirit+Materiality

2000The restructure of stated-owned enterprise was completed, all the staff held shares.
2001The Hongray Group was established.
2022Developed Xinji indurstrial base, broadened the products categories, started to produce nitrile gloves.

Devotion+Innovation, Actively striving, From ignorant to knowledgeable
Wishing everyone a beautiful day ever day, being cared and provided for as we grow old.

2003In response to the government's call for poverty alleviation, established Zanhuang Industrial Base.
2003Entered the top 30 ranks in Shijiazhuang city, became the top disposable gloves supplier in the world
2005-2007The total import and export volume ranked first in Shijiazhuang for the three consecutive years.
2007Hongtai Company, which produces NBR latex, was completed and put into production, and Hongray Group opened the door for entrepreneurship in the chemical industry.

"Hand" for health and innovative growth
Open and inclusive, ready for development

2014"Qirui Garden" was developed and constructed, by Shijiazhuang Qirui Real Estate Development Co., Ltd., a wholly-owned subsidiary of Hongray Group, and moved in 2016.
2016"Hongray Building" was developed and constructed, and it was completed in June 2020. The headquarters of the Group was officially settled in the building in October 2020.
2017Shanxi Hongjin Plastic Technology Co., Ltd. was established. “Plastic technology, industrial poverty alleviation”. It achieved four “the year”: the year of signing, the year of construction, the year of production, the year of efficiency, and became a leading taxpayer and backbone enterprise in Shanxi Province and Linfen City.
2020The first branch of Shijiazhuang Hongtai Rubber Co., Ltd. was established, with a total investment of 510 million RMB and an annual output of 180,000 tons of NBR latex, which effectively expanded the production capacity and helped the strategic development of the group.